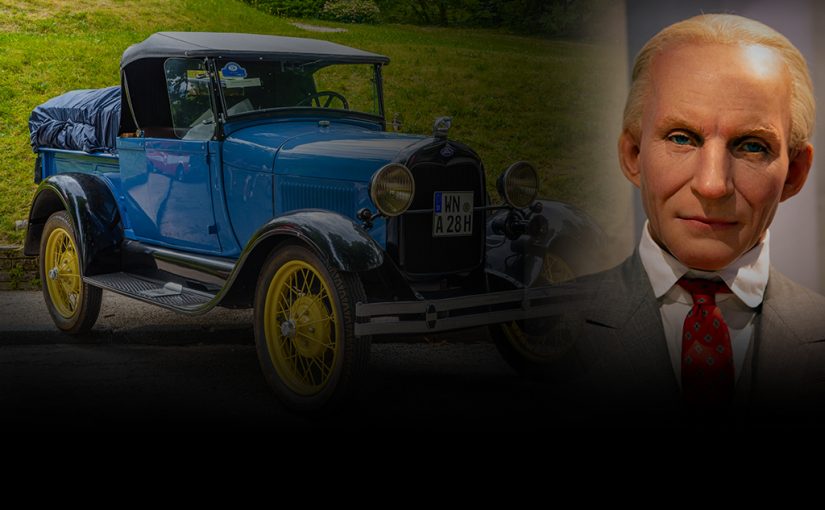 During his lifetime, Henry Ford became one of the world’s most successful and influential businessmen and one of its wealthiest men. Some of his business innovations and practices changed the business world in ways that continue today, and the automobile company he founded remains, more than 80 years after his passing, as one of the “Big Three” American automobile manufacturers.

Like many other famous entrepreneurs, Ford did not have a quick, simple path to his astounding success. In fact, he endured several setbacks and failings en route to becoming the industrial titan he was and remains.

Born in 1863 to a farming family in Michigan, Ford had before reaching his teens developed an avid interest in repairing and building machines. At 13, Ford’s father gave him a pocket watch, which Ford disassembled and then reassembled. Soon, Ford was repairing watches for neighbors and friends.

By 16, Ford’s interest had turned to engines, and in the ensuing years he learned to operate and service steam engines. At the same time, he developed interest in building his own engine-powered vehicles.

Starting in 1890, Ford worked as an engineer for the Detroit Edison Company, rising to Chief Engineer in 1893. During this time, and afterward, he worked at home on his own projects, with one goal being the invention of a horseless carriage. He made a gasoline-powered buggy in 1892, and in 1896 he finished a model car called the Ford Quadricycle.

By 1899, spurred by his continuing successes with model cars and the money from investors, Ford left the Detroit Edison Company to go into business on his own, and some years of setbacks followed until Ford established the formidable company that bears his name today.

The first of these setbacks involved the Detroit Automobile Company, which Ford founded in 1899. What Ford wanted was a high-quality product for a low price, and instead he got the opposite. The company closed in 1901.

The Model T, Success, and History

Things began to turn around in 1902 when Ford and Alexander Malcomson, a Detroit coal dealer, formed Ford and Malcomson, Ltd. in order to build and sell automobiles. Initially, the company struggled and nearly failed, but an infusion from new investors in 1903 helped save it, the company became the Ford Motor Company, and two events in particular would set the company on its way to success.

The first of those was a race car called the “999” that Ford helped design and build; this car set a new land speed record of 91.3 miles per hour. A race driver named Barney Oldfield went around the country to show off the car, creating national recognition of the Ford brand.

Second was something that made and changed history: the introduction of the Model T on October 1, 1908. Until then, automobiles were relatively scarce and expensive, something few other than the wealthy could afford. The Model T changed all that because it was durable, easy to operate, cheap by comparison (and it would actually become cheaper each year it was in production), and easy and inexpensive to repair.

The success of the Model T led to other changes that would dramatically affect not only the automobile industry but American life as well. In 1913, Ford applied the concept of the assembly line to production of the Model T, which made its manufacture much faster and less expensive. Ford also more than doubled the wages he paid his assembly-line workers, which not only improved retention and morale but encouraged the best workers to seek employment by Ford. In addition, Ford went to a 5-day, 40-hour workweek, a big change from the 6-day, 48-hour workweek that had been the standard, out of the belief that as long as employees were more productive, they deserved more leisure time.

The rest, of course, is history. By 1918, half of the cars on American roads were a Model T, and Ford was by far the best-selling automobile in the country. America’s legendary car culture largely derives from that assembly line and the Model T, and Ford lives on today with top-selling models such as the Explorer and iconic performance cars such as the Mustang, and the blue oval is one of the most recognizable of corporate logos. 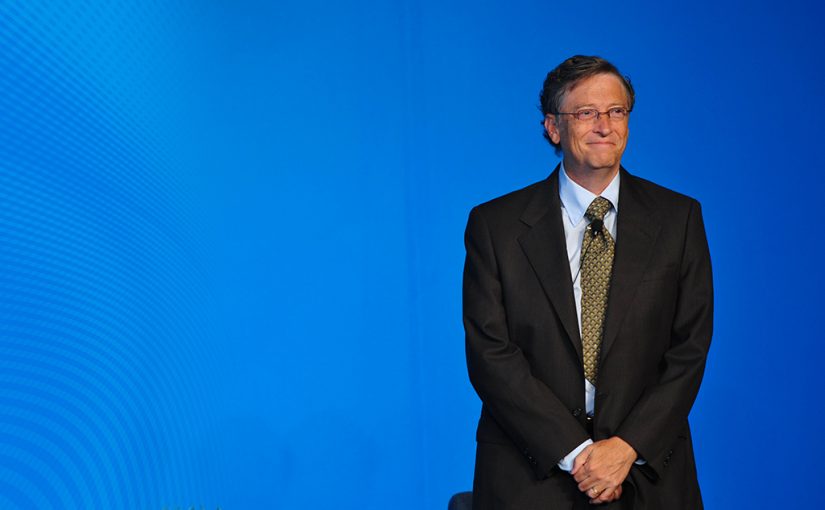 “Be nice to nerds. Chances are you’ll end up working for one.”

Self-styled nerd Bill Gates said that, the same Bill Gates who co-founded Microsoft, only the most successful software business ever, and who for 13 years was the world’s richest person (now that is Jeff Bezos of Amazon, though Gates is still second with an estimated net worth of just under $100 billion).

Born in 1955 to an upper-middle-class family in Seattle, Washington, Gates does not come with a rags-to-riches story that so many Americans love, but his ascendance to the pinnacle of the business world was not without risks and setbacks.

For instance, Gates dropped out of Harvard in 1975 after not two full years there. Normally, one would consider it crazy to drop out of Harvard when an undergraduate degree from there virtually guarantees lucrative job offers, but Gates had bigger goals: going into business for himself and revolutionizing the computer industry.

Although this was disappointing to Gates’s parents and some others close to him, it was not exactly surprising, for it was in keeping with his record up to that point.

Worried that their brilliant child was bored and withdrawn in school and would suffer academically and socially, Gates’s parents withdrew him from public school and enrolled him in the prestigious Lakeside School when he was 13. There, he excelled, particularly in science and math, and he developed a fascination with computers and began writing his own programs.

While at Lakeside, Gates met Paul Allen, who shared a love of computers, and the two became close friends and spent many hours in the school’s computer lab creating and running programs. For a brief period, they actually lost their computer privileges for hacking into the company that provided the school’s computers. The hacking was not to cause damage; it was to obtain extra free computer time.

The two regained access to the lab after offering to debug the system they had hacked, and they also created a payroll program for the company and a scheduling program for the school. When Gates was 15, he and Allen created their own business, developing “Traf-o-Data,” a program that monitored Seattle’s traffic patterns.

At this point, Gates already wanted to leave school and go into business full-time with Allen, but his parents insisted he finish high school and go to college. They won that round.

Into the Business World

Allen, two years Gates’s senior, attended Washington State (like Gates, he dropped out in order to go into tech), but the two remained close after Allen’s graduation and Gates’s matriculation to Harvard, and they continued to explore programming and plan business ventures.

And so in 1975 Gates left Harvard and with Allen founded “Micro-Soft,” soon to become Microsoft, initially selling BASIC software. At first, the company struggled, but by 1979 Microsoft was performing well, and the business really took off in 1981 and 1982 when Microsoft won the right to develop software for IBM, and when in 1985 Microsoft launched Windows, a user-friendly format to replace the complicated MS-DOS system, the company became a true colossus. Gates was CEO and chairman of the board.

In 1986, with Microsoft’s IPO, Gates became an instant millionaire. A year later, he was a billionaire at just 31 and on his way to becoming the wealthiest person in the world.

Gates’s rise was not without controversy. He had a reputation for being competitive and aggressive (some said ​ruthless)​ , and he sometimes used lawsuits and even bluffing to gain advantage (one infamous bluff was announcing Windows when in fact it had not yet been created). During the 1990s, there were investigations by the Justice Department and the Federal Trade Commission into alleged unfair business practices. Nevertheless, Microsoft endured and thrived.

Today, Gates no longer plays a role in the day-to-day operations of Microsoft. In 2000, Gates passed off the CEO role to focus on software but remained chairman. Gates’s last full day at Microsoft was in 2008, and in 2014 he left the chairman position.

Now Gates and his wife, Melinda, mostly focus on charitable work. Together, they founded the Bill and Melinda Gates Foundation in 2000, with a priority on education, health, and investment for low-income areas worldwide. Gates has also invested in research for a universal flu vaccine, Alzheimer’s research, and development of a “smart city” in Arizona. Like Andrew Carnegie and John D. Rockefeller before him, Gates has found an obligation to use much of his incredible fortune to give back and to help the disadvantaged.