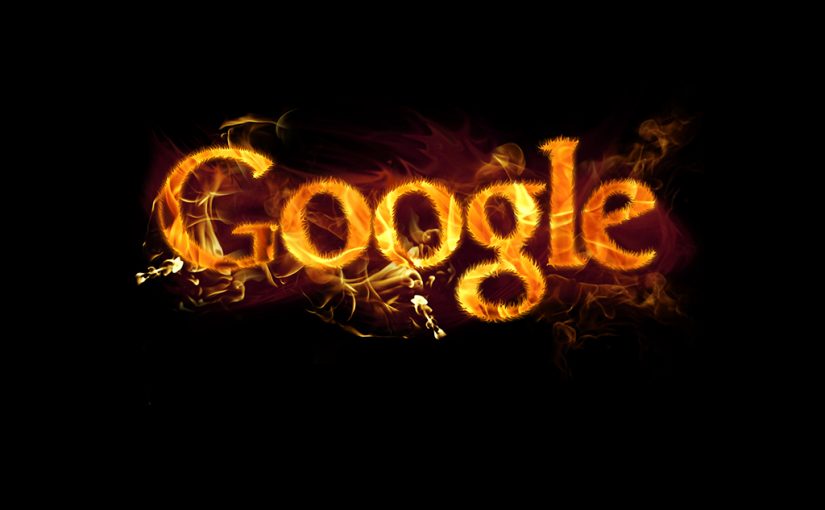 Few logos have greater brand recognition than the one that adorns our phones, tablets, and web browsers. Google has become synonymous with web search, and with that development, its logo has turned into an icon.

The transformation of the Google logo over the years symbolizes the search engine’s increasing corner of the market — and its growing impact on our lives. Since its inception as a backlink crawler, Google has refined its brand and made its logo a cultural phenomenon.

In 1996, Google was called BackRub, so named because it identified and crawled backlinks to web content. Within the year, creators Larry Page and Sergey Brin choose Google, a misspelling of “googol,” as their rebranded name. “Googol” means 10 to the 100th power and was meant to represent the number of search results that the engine could return.

It’s unclear whether Page or Brin designed the logo for the new name, but it was a rather unassuming wordmark that read “Google!” rendered in primary colors. Graphic designer Ruth Kedar added the secondary color (green) for the “l,” which she says indicates that Google does not follow the rules. Still, the wordmark retained its classic look, bolstered by drop shadows and prominent serifs.

1999: Google’s design team began to experiment with new looks to match its new prominence as the world’s leading search engine. After a brief foray into a more stylized concept, the designers settled on a classic serif font with deep drop shadows and slightly darker colors that retained the original palette.

2010: Google began to evolve along with design standards. As drop shadows fell out of favor, Google’s design team began to “lighten up” their logo. They made the typeface flatter and more lightweight. They also boosted the colors to give it a more vibrant look.

2013: As the shift toward mobile devices continued, Google opted to remove the bevels in the typeface and flatten the design for a cleaner look. This change also helped the logo look better on small screens.

2015: Google finally abandoned its classic serif typeface for a fresh sans serif one. The new typeface, Product Sans, gave the word- mark a friendlier look and feel. The design team also drew upon Product Sans to create a simplified letter mark: a “G” featuring the wordmark’s classic colors. This new logo allowed Google to better cement its presence on mobile devices and gave it an icon with which to label its various products.

Throughout the years, Google has debuted special illustrations for holidays, commemorative days, or famous anniversaries. These limited-edition wordmarks became known as the Google Doodles.

Sometimes animated, sometimes not, the Doodles became more elaborate and unique over the years. Often, they tapped into specific historical or current events, and eventually they were common enough that any trending topic or cultural phenomenon warranted a new Doodle. By 2015, Google had created more than 2,000 Doodles. They continue to welcome proposals for new ideas.

Google quickly established itself as a leader in internet technology, and its logo has showcased its evolution from a nascent search engine into a comprehensive digital provider. Now encompassing search, collaboration software, analytics, ads, and much more, Google is the frontier of the Internet. And it did it all with a simple logo that perfectly captured its brand promise: To be something a little bit different.