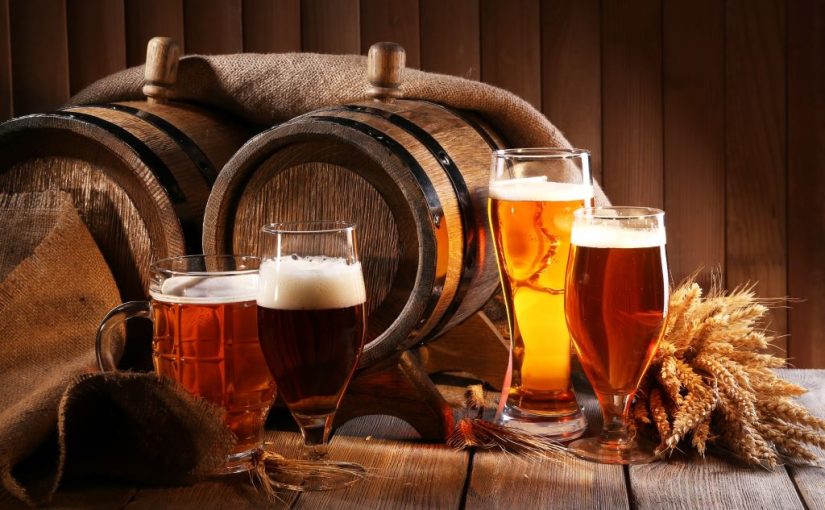 Logos tell their own story. In fact, they are often the first opportunity a company has to market to a customer. A great logo is essential for consumer products because it is what faces customers on the shelves.

The logos collected here attempt to share the stories of these beer companies. With some big and small brands, every beer logo has a story to tell.

The Guinness logo has seen a great deal of evolution since its conception in 1759. However, the logo first appeared with the harp in roughly 1862.

This imagery dates back to King Brian Boru, the first ruler to unite all of Ireland. As the story goes, he had a golden harp, so its appearance here represents the unity of Ireland.

As it says right on its logo, Yuengling is America’s oldest brewery, established in 1829 by David G. Yuengling.

The logo, therefore, has a significant symbol for American freedom on the logo: an eagle. In the Yuengling logo, the eagle appears over a barrel (presumably of beer).

This logo, along with its classic script font, is elegant and classy and feels like a call back to America’s roots.

Over 500 years ago, the Reinheitsgebot or “The Purity Law” was decreed by Duke Wilhelm IV and Duke Ludwig X. The Reinheitsgebot stated that only barley, hops, and water be used to brew beer.

The unfortunate part was that they didn’t realize yeast was important as well, so it was added later. Bavarian beers tend to follow the Reinheitsgebot, even today.

In 1589, Duke Wilhelm V founded the Hofbrauhaus to bring quality beer to Bavaria. In the logo, the crown atop the HB represents regality, beer purity, and the crown (foam) atop a beer.

The bottle cap is the only place on the bottle where the logo appears. The writing itself is older-looking, appearing as though it hasn’t changed since 1839 with the first beers.

They are the quintessential no-frills brewery, so the logo follows suit. For a beer so beloved, the discrepancy between the minimalist design and the popularity of the beer is striking.

Bret Syfert, also known as Hyde’s Lovelies, designed the logo for Asahi. He studied and graduated from the University of Arts in London and created the design for the text from nothing, relying on no other font types to create this text.

It’s like cheers from the drink itself! It also makes the label appealing to those who recognize the Kirin.

For many Americans, the word “beer” is synonymous with Budweiser, and the logo perpetuates this. The bright red backdrop, with crisp writing and logo, stands out and screams recognition.

The script font in front of the bowtie outline also aims for sophistication. Their slogan is “The King of Beers,” and while the logo had a crown on it for some time, it no longer bears that imagery.

Inside the oval (or sometimes circle) logo is a blue star. This blue star became part of the logo in 1928, only a year after this beer was born. Each of the points on the star represents one of the five original founding breweries of Newcastle.

Carlyle Brewing Co. is a small, beloved brewpub in Rockford, Illinois. Its primary logo is that of a regal-looking chalice. With the slogan “blessed is he who drinks beer,” this chalice alludes to the Holy Grail.

Goose Island has a very simple, elegant logo. One of the best parts of this logo is that it pays homage to the original logo while also gaining a recent refresh.

The designers also intended to create a logo with a bold, timeless font that would transfer well to merchandise and work in many different ways.

Pig Minds is the very first vegan brewery in the United States. They attack this niche market with a quirky twist that is a little different but with on-point messaging.

Their logo contains a bold typeface that is clean while also being a little messy, as though caught in the bramble of hops that hang from the sides of the logo.

Heineken is often synonymous with the color green. In fact, this modern color is known as “Heineken Green” and is meant to reflect the color of their bottles.

This green color also exudes trust and the natural world. The bright red star represents the tradition of brewing.