Clean Up Your Credibility With These Writing Tips 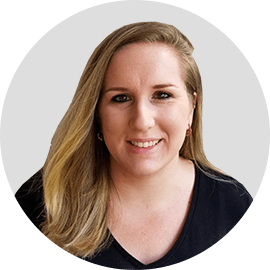 Writing seems to flow out of some people while others need a little bit of tugging and pulling to get their thoughts out. When it comes to writing style and grammar, a lot can be said by the finished product. Nowadays it’s not so important to write by the book. You aren’t trying to appease any literary scholars afterall. It’s more important that your writing speaks to people and is delivered on a level that is relatable to the audience. This means that sometimes it’s okay to break the rules, but you have to know what those rules are in the first place. Check out these common mistakes and how you can fix them to give your credibility a boost.

Apostrophes are a tiny thing that cause a lot of problems. For some reason, many people have a hard time grasping when to throw one in and where to do it. There are two reasons you need an apostrophe:

If you are talking about a possessive group (two or more people or things), then the apostrophe goes after the s. For example:

The girls’ toys are in the toy chest.

This sentence is referring to more than one girl and their toys collectively. If it was one girl and her toys, the sentence would be:

The girl’s toys are in the toy chest.

The same rules for an apostrophe are true even if the word ends in an s.

Don’t Be Your Own Worst Enemy With Me, Myself, and I

Choosing when to use “me” versus “I” has plagued many of us since grade school. Using “I” improperly can make your writing sound a bit uppity and proper, which isn’t always the worst thing in the world. However, it’s okay to relax a little bit and use “me” more often than you might think.

One quick and handy way to know whether or not you can use “me” instead of “I” is to remove the other person or people from the sentence then use whichever one sounds the best. What you most definitely shouldn’t do is use “myself” instead of “me” or “I.” There are two scenarios when “myself” is acceptable:

I must ask myself why I keep making the same mistake.

My friends don’t like rock music, but I myself disagree.

A Little Latin, For Example

Using i.e. and i.g. can feel a bit like navigating a foreign language and that’s because, well, it is. Here’s a quick Latin lesson just in case you need a refresher.

Id est is Latin for “that is” which means i.e. is like saying “in other words.” On the other hand, exempli gratia means “for example.” Therefore, e.g. is an abbreviated way of saying, “for example” in order to back up your statement.

To sum things up, i.e. is used to clarify and e.g. is used to give an example of something.

You Could Have Been Doing This All Along

This is one of the most common mistakes but one of the fastest ways to tank your credibility. Could of, would of, should of – they’re all wrong! They all come from our tendency to slur our words together when we speak quickly and the way many people have misinterpreted that when they put pen to paper.

The conjunctions “could’ve,” “would’ve,” and “should’ve” are all formed by combining the first word with “have.” Putting “of” after any of those words doesn’t even make sense if you stop and think about it. For example:

I could have been the first in line but traffic was bad on the interstate. Makes sense.

I could of been the first in line but traffic was bad on the interstate. Doesn’t make much sense at all.

Remember, you always should have, you never should of.

When It Doubt, Ask An Expert

Listen, when it comes to grammar and punctuation questions, there is no reason to be making silly mistakes. If you have questions, go online and do a little digging or open up an old textbook. Nobody can remember all of the rules when it comes to writing and to be honest, you don’t have to. Just be sure to write well enough that you’re able to get your point across and your audience doesn’t get distracted by blatant mistakes. A little bit of research goes a long way!