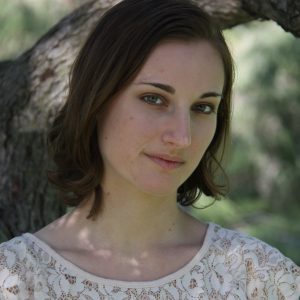 In the last four years, the video component of brands’ advertising on Facebook has tripled, and videos are the highest on the Facebook algorithm’s list of priorities. If you want to capitalize on this feature, you’ll need some techniques to ensure your videos get the maximum amount of engagement. Some of them are no brainers, and some of them are a little less obvious. But follow all of these rules, and you’re well on your way to your first viral video.

Most of marketing successfully on Facebook is learning how to play the game. Not long ago, Facebook gave some much coveted insight into how their algorithm works:

Whether you’re a beginning video creator or a seasoned pro, always coming back to these rules will help you promote your brand more efficiently in the long run. According to a study done by Socialinsider, pages with more than 10,000 likes that do live videos see a 73% increase in their video engagement.

The stats are in: live videos dramatically increase viewer engagement. But if you’re doing a live video, it’s not enough to go live and then sign off after five minutes. The longer a video is, the more engagement it receives as more people are given the opportunity to jump in as they come across it.

That’s partially because someone on Facebook doesn’t want to have to leave Facebook to go watch a video. And that in itself could be the difference between someone choosing to watch your video and choosing to pass.

Every industry uses Facebook slightly differently. While these tips can technically apply to anyone, you’ll want to investigate the competition and read up on how companies in your line of work use Facebook videos. What shines? What looks plain bad? Learn from the successes and failures of others so you can do less work yourself.

Three Seconds Is All You Get

If you can capture your audience’s attention in the first three seconds of your video, you’re on your way to a successful post. But it’s not just about the actual content of those three seconds; it’s about the way the video appears to viewers before they even click on it. Here are some ways to capture viewers’ attention right away:

Also keep in mind that vertical videos receive more engagement because people view social media on mobile devices more frequently than they do on tablets or laptops.

85% of Facebook videos are watched with the sound off. This is probably because people are on Facebook in noisy public places or in meetings where they really should be paying attention. Captioning increases accessibility to your video for the deaf and hard of hearing as well. Luckily, Facebook will automatically caption your videos.

Facebook assigns a relevancy score to the videos in a person’s feed and prioritizes the ones with the highest score. So when you post your video, you’ll want to choose a preferred audience for it. You can search people by interest so as to put your video in front of the people to see it most.

You may put also put age or geographic restrictions on your video if it contains mature content or you are only looking to reach people in a certain city.

Make A Distinct Call To Action

It all comes down to the call to action. Why did you go through the process of making this video? Are you launching a new product? Are you documenting an exciting event? Are you raising awareness about your cause? If you want to convert viewers into subscribers, donors, or customers, you need an appropriate call to action so that people know what to do once they’ve watched your video.

There are a couple of ways you can add a call to action to your post:

Although it can seem daunting at first, once you start practicing these techniques, they’ll become second nature, and you’ll find Facebook marketing as natural as breathing!