So You Want to Be a Video Editor 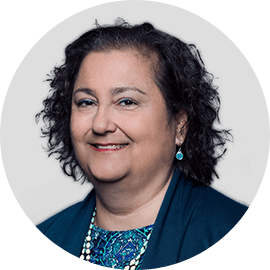 Films can be written, seen, and heard. Photographers and videographers may shoot video, but they don’t create the final cut. They don’t tell the entire story intended for a film. That’s the job of the video editor, a job that you may hold one day.

The video editor takes footage from the photographer and melds the scenes with sound and graphics to be enjoyed. Without a video editor, movies, tv shows, and other types of films wouldn’t make much sense. They’d be unappealing. The video editor plays the critical role of piecing together the footage and telling a whole story as the scriptwriter intended. While the end result of video editing sounds exciting, if you want to be a video editor, you need to know what day-to-day tasks are involved.

The start-to-finish process of video editing is quite extensive, although specific tasks may be done in certain editing jobs and not in others. The video editor uses visual skills, a detail- orientation, and creative and novel thinking along with technical skills. The video editor develops storyboards, treatments, which means defining the projects, and scripts, edits video and photos, and adds graphics, animations, sound effects, sound bites, special effects, and music to the project.

A video editor’s technical skills involve the use of software, such as After Effects, Final Cut Pro and Adobe Premier Pro. The video editor will use sound software and color grading programs. An experienced video editor will be proficient in the main types of needed software for video, sound, and graphics to obtain and to get jobs or clients in the field.

A video can be very short to very long, depending on its purpose. For example, movies are longer than television commercials. The resulting video, after editing, may be distributed to various platforms. A social media video will require different features, technically, than a documentary intended for a streaming service or a mobile corporate training video. The video editor makes sure that each video is appropriately set up for its destination(s). Video editors often work with a team to complete their projects. They may edit alone based on an existing script, or work with a video producer.

Media and marketing companies employee video editors as well as movie and television production studios. Large organizations may have an internal video editor to produce films for fundraising campaigns, employee meetings, training applications, and marketing. Many companies hire freelance video editors and place them on contract. Whether you work for an executive or work for yourself might impact your decision on your video editing aspirations.

Good video editors may or may not have a formal education from college, but they’ll need to be continuous learners to keep up with technical skills. The changing world of media and technology can require new skills and tools from one project to the next. If you still want to be a video editor, keep up with the changes and show the world your skills on film.