Tips And Techniques When Using Live Social Media For Your Business 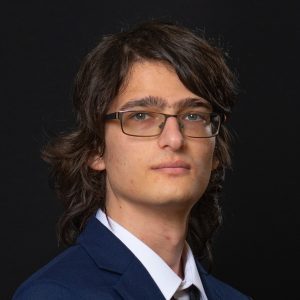 Companies are finally starting to realize the power and impact social media can make for their brand, but there’s still one component of most social media sites they’re not using as effectively as they could. Live steams on various social media platforms such as Facebook Live are incredibly popular with users and offer ample opportunity for companies to demonstrate their new products and values, especially in the age of Covid-19.

There’s an art to using live streaming platforms, however, and they work most effectively for companies who know the ins and outs of the process. Here’s a short guide to using live social media streams to enhance you brand attract new customers.

Well before the actual date of your live event, you need to plan out everything you’re going to say and how you’re going to say it. Live video is tricky to navigate, and a concrete plan or strategy will greatly aid you, both during planned segments and unplanned situations.

It’s best not to over plan, as reading from a script feels incredibly canned and forced, and generally runs counter to the entire point of a live video with customers and followers of your company. You can still semi-rehearse every point you want to hit though, and make some contingency plans in the event that something unexpected does arise from the video, both technically and in terms of content you want to share.

Practice During The Week

In addition to preparing from a general standpoint, you’ll want to practice your live event several times throughout the week. Again, live video is incredibly fulfilling and fun, but it can also be tricky and there’s no telling what will happen while you’re on stream.

Practicing before you go live is the best way to ensure you’re ready for anything sudden or surprising that pops up and your team has a go-to strategy for dealing with the most common technical problems of live streaming. This concept is still relatively young so not every bug has been worked out and accounted for by social media companies. Do your due diligence and practice in advance of the day to minimize forced and unforced errors.

Put Your Brand Front And Center

During the actual day of the broadcast, there are several key concepts you’ll want to have in mind. The first is to remember that this event is primarily for your brand. You should always have your brand prominently displayed on the screen and use its name a few times throughout the broadcast.

Live videos are great because they let you orchestrate entire concepts and visual cues around your brand, rather than just putting in text as it would be on a blog post. This is your chance to show off the core values of your brand and interact with customers and demonstrate what your company cares about most.

Keep It Short And Engaging

Social media users generally skew younger and fast-paced. There are a few exceptions, but if you’re using livestreams, you’ll almost always want to keep your presentations brief and highly engaging. People rarely have time to sit down and watch an hour-long live presentation, even from their favorite brands, but they’ll take the time to watch a ten-to-twenty-minute pitch.

Keeping the length of your broadcast in mind, you’ll want to lead off with a strong hook and provide additional information in a quick and timely fashion. Engaging and interacting with your audience is also a great way to show off your values and make your customers feel appreciated and valued.

Plan For Viewers Watching Without Sound

There are a few reasons to plan for viewers who will be watching your broadcast without their sound on. First, many social media platforms will play your stream automatically, so you’ll want a strong visual representation to hook in customers who may have not intended to watch.

This is a similar concept to broadcast television hooking in viewers in later slots, after their most popular show airs. Having an interesting visual aesthetic also helps you plan to ween yourself from your script and talk in a natural and organic manner. Finally, you’ll want to host a video with closed captioning so that your ideas will be clearly communicated and hearing-impaired viewers will be able to follow along and interact.

Talk To Your Audience And Go Live Frequently

Finally, one of the most important components to using live social media streams is to remember that they’re still social media. You’re being broadcast live directly onto the screens of your customers and followers. You can interact with your audience with a Q&A session and learn what your customers are most immediately wanting from your company.

Open and strong communication is a must during social media livestreams. Don’t be afraid to go live often, either. The most often you go live, the more improved your presentations will be and the greater chance you have to garner additional viewers over a few months’ period.