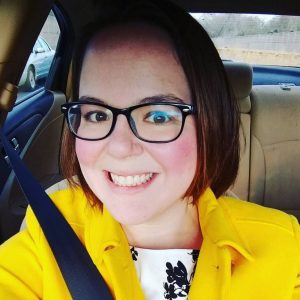 Language is a fascinating thing to think about. In today’s world, we have words for most of the concepts, thoughts, things, and events that we encounter in our day-to-day life. And if we don’t have a word, we can just make one up or adopt one from another language and move on. But imagine if there WASN’T a word for something anywhere. That’s the case with the world of color.

●  Black and white were the only words for any color for a long time.

●  Color has always been universal, but our language hasn’t always differentiated between them as we do.

●  Our language was flexible enough to accommodate words for “new” colors as needed.

Let’s take a dive into the fascinating history of how we talk and write about color.

The usage of “black” to describe color gets confusing. The word black comes from root words that mean “to burn” but those same root words also gave us the word “blake” which means pale or pallid. In other words, the opposite of what we know as black. Another confusing factor for scholars trying to make sense of color in old texts is that black could also be used to describe things that were bright, shining, or glittering.

Given the universalness of green grass and blue sky, it is somewhat surprising that, generally speaking, the third specific color word that pops up in old languages is “red.” Some speculate that it’s because it’s the color of blood. Similar to how black and white meant a range of colors, red was used to refer to purple, pink, and orange. In fact, we call redheads “redheads” because there wasn’t a word for the color orange at the time. (In acknowledgment of this, the Irish actually have different words for the color red and red hair.)

When I say “ancient” and “old” here, I’m not exaggerating. Language experts can trace the roots of black and white back to the pre-historic Proto-Indo-European language. They are pretty sure that the color red dates back that far but have not found a specific root word yet.

It wasn’t until the end of the Middle Ages into the beginning of the Renaissance that color language started expanding again.

Unsurprisingly, given its association with royalty, purple is the next color we see getting its own name. Purple started its life as a word referring to the spectrum between red and violet, which is why we see it in reference to figures that we associate with red such as Cardinals. It wasn’t until the 1400s that its usage is narrowed down to the color we think of as purple today.

That brings us to some of the last colors to get named before the introduction of chemical dyes, and also two of my favorite pieces of color name trivia.

One hundred years later and we find the word “pink” being used to describe the light red color we know today. The color we know of as pink got its name in an incredibly roundabout way. Language experts think that the color pink got its name from the flower Dianthus. The flower Dianthus was known as a “pink” because the shape of its petals resembled the shape made when you “pinked” fabric, or cut its edges in a zig-zag or scallop shape to prevent fraying.

To recap, “pink” originally meant to cut fabric, the Dianthus flower was nicknamed a “pink” because its petal shape reminded people of pinked fabric, and then we got the color name from the flower.

Language is something that’s easy to take for granted because it’s always there when we need it, except for when it’s not. And then it’s good to remember a time when they didn’t have a word for “yellow” and know that someone, somewhere made it up.